Researching biological processes of cicada and artists who have investigated this area, photography with Peter Miles and engaging Weta Workshop.

1.RESEARCH ON CICADA BIOLOGICAL PROCESSES What I've learnt so far from Olly Hills, Cicada of New Zealand and other sources e.g. WIkipedia, You Tube, and Cicada Mania -

Questions I am wondering about -

Bioart is an artmaking practice "where artists work with live tissues, bacteria and living organisms... (and) which involves artists and scientists working together to explore scientific topics through the arts(...) Collaborations in the bioart space require particularly close ties between artist and biologist, mainly because they often require the use of laboratories and scientific apparatus or a deep understanding of biological processes." [https://www.wired.com/2011/07/bioart/ ]

i) Trichoptères by Hubert Duprat

How about this extraordinary artistic endeavour by Hubert Duprat and Caddisfly Larvae!

"Trichoptères, French for the scientific name of the caddisfly, is Duprat’s answer to that question. For years the artist has been collaborating with the tiny insects, providing them small aquariums of gold, turquoise and pearls that the the larvae readily use to construct their temporary homes. Regardless of how creepy crawly you might find the insects, it’s impossible to deny the strange beauty of the final product, tiny gold sculptures held together with silk. Encountering them void of any context, one would assume they were constructed by a jeweler" (sourced from This Is Collosal).

What a celebration of the biological processes of insects! It changes the way human's perceive these little creatures i.e. from revolting to beautiful, and from something of low value to high value. I guess the important question is how this artwork affected the everyday functioning of the larvae and did it interfere in their biological processes - hopefully no animals were harmed in the making of this artwork!

In 2000, the University of Western Australia established Symbiotica, an artistic laboratory established by Miranda Grounds, neuroscientist Stuart Bunt and artist Oron Catts. It is "designed as a space for artists to engage with science in various capacities, sharing resources, ideas and exploring new technologies." They offer "an academic program for both undergraduate and postgraduate students where they have hands on experience with life sciences (and) emphasis is placed on developing critical thought, discussing ethical and cultural issues and encouraging cross-disciplinary experimentation in art and science." This sounds very interesting. 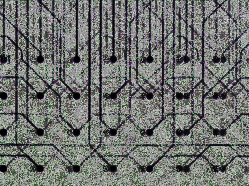 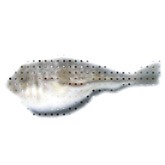 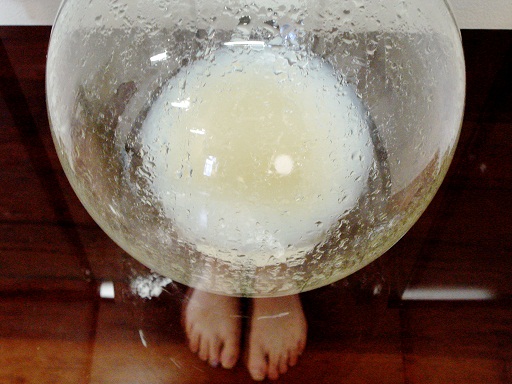 iii) The Big Draw Dr Gemma Anderson (artist, researcher), professor John Dupré (philosopher of science), and biologists professor James Wakefield and Dr Peter Olson, began this project in 2016 in an effort to "re-introduce drawing into the scientific lab in a new way through practices of care and attention to create a ‘feeling for the organism’. They state, "Instead of copying nature or illustrating science, we aim to draw images that reflect and embody the processual nature of biological life... absorbed by empathy, through the pores ...by in-feeling more than by analysis." (The Big Draw).

Conrad Waddington, (biologist,1957) states, "It is at the deep levels of the human psyche, where these kinds of communication operate, that there is the closest unity between science and art.”

The Big Draw website goes on to state, "Processual here means that rather than observing and thinking of biological entities as ‘things’ or ‘objects’ that can be studied in isolation, we consider the multi-dimensional, connected and interrelated nature of living processes that change through time. As philosopher of biology John Dupré writes, ‘coming to terms with new developments in our understanding of biology requires that we take more seriously the ways in which life is dynamic at all levels, and that what we think of as living things - genes, cells, organisms - are more fundamentally processes, maintained in relatively stable conditions by yet further processes’ (Dupré, 2017).

This resonates with the philosophy of New Materialism that I explored last semester, and feels as if I am going full circle. Lots to think about.

What an extraordinarily privileged session I had with Peter in the Art Studio Block 2, level 2. We collected the photographic equipment Peter had organised with Jane, who stipulated the equipment needed to be booked out and used by Peter during our session -

Peter felt "the rig is a bit basic but a big step up from what you had close up wise... at 50MP the depth of field will be thinner. Focus stacking is not going to be practical with this rig."

I set up a bench and arranged the cicada and gold leaf ready for photographing (my role was to be composition) while Peter set up the camera lens (90mm) and tripod. It was around 9.30am and the studio faces east so catches the morning sun.

Without a computer to review what had been captured it was a little difficult to be certain everything was in focus (not soft!) but the detail captured seemed stunning. Once the tripod was set up and the remote control connected, Peter allowed me to reposition and focus as necessary under his supervision.

We then moved onto the 60mm lens with extension tube for even more detailed macro images. This is unbelievably complicated - a depth of field that is thinner than a shaft of hair and what this means to composition i.e. what is in focus and what is blurred(softened); the mechanism of focusing in on an object by moving further away (very counter-intuitive); the affects of the curvature of the lens, reflection from the gold leaf, and the affect of the extension tube on the light meter, on the light travelling from the lens to mirror to film, and mirror shutter wobble. I was out of my depth, yet Peter delighted in the minutiae of the cicada shell and worked to capture its detail. We enjoyed moving the cicada to capture its different profiles. While I had envisaged empty space around the object to create a feeling of encasement, Peter filled the whole image with the cicada so that it engulfed the space. There was lots of discussion and mentoring from Peter regarding the science and physics of optics which I struggled to process but having read more since I think I can understand it better. For me it seemed a dance between fields of differing depths rather than light, which is what I had always thought photography was.

We than packed up and had a quick look at some of the images which revealed the exquisite sculptural qualities of the cicada shell. We will meet again to process and print the images.

This process of working with Peter to capture images that I could not have (given a complete lack of technical knowledge) has raised important issues that have caused concern at Massey i.e. "whose work is it?", and "it sets a precedence that is unfair and unsustainable for the department". These are true and I am embarrassed that I have put Peter into such a position all because of my desire to explore the cicada. Artmaking is so entwined with the ego and can become a selfish endeavour and this is something I need to reflect on.

As to whose work it is, my conscience is shouting loudly that it is our work not mine, and even at times it was Peter's work. I have asked Peter if we could both be acknowledged if the work is ever exhibited to which he has said "I’m sure we can come to something we are both happy with."

For me, this willingness and generosity of staff to help realise something so nebulous and ephemeral is deeply touching.

4. ENGAGING WETA WORKSHOP I dropped the cicada exoskeleton off to Weta Workshop for detailed scanning and they emailed back (31/8/20) -

"Our 3D scan technician noted that due to its translucency it would need to be painted with a matte grey colour spray, in order for the surface detail to be read by our scanner. They have also raised a concern that, based on seeing the finer detail of the shell and the capabilities of our scanner, the final quality of the scan may be low. So I’m not sure if that is still workable for you. With this in mind, we have consulted with James Doyle, an expert 3D technician who used to work with us, and he mentioned that in the past he has successfully used photogrammetry for this type of item (it would not require pre-painting in this instance).

We do not have a photogrammetry set up here, however if you are interested we can put you in touch with him directly? Alternatively, our 3D team can provide links for 3D cicada scans that can be purchased online at around NZ$140, if you are not after a scan of this specific cicada in particular? Please let me know if you’d like me to share these with you? "

I replied (1/9/20) - "I wondered if the casting might be a little difficult so thanks for getting back to me so quickly. I'm guessing the 3d scanned images are of nz cicadas rather than their shell which is what I'm after, but it would be good to talk with them about what they have.

I think my first option though would be to investigate photogrammetry. I'm not sure of the price so it may be too expensive? Could you provide me with James Doyle's details please and I could have a chat with him. Then if none of the above work, I will go for your first option of a wee paint touch up and a scan! Thank you"